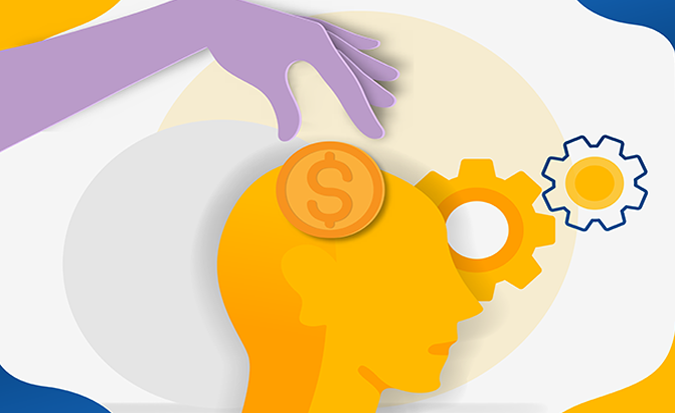 Cryptocurrency is the money of the future and right now there are more than a thousand cryptocurrencies to exist. Many of them have their equivalent in US Dollars. E.g. 1 Bitcoin at the time of writing is worth $ 10.000 and one Ethereum $ 200.

The price of these cryptocurrencies is formed based on supply and demand on the free-market in exchange offices all around the world.

Why do we measure the value of Bitcoins and Ethereums in US Dollars? Well because the dollar is currently the “stablecoin” of the present.

US Dollar is the global currency based on which everything else is measured. The human brain acquires the perception of how much something costs based on only one unit of measurement at a given moment.

Practically, a person can’t use more than one unit of measurement at the same time when comparing the value of goods and services. For example, a cell-phone costs $ 1000, one liter of milk costs $ 1, a hamburger costs $ 5, etc.

We value new merchandise or service by comparison with already known values.

E.g. We read that back massage costs $ 200 and we concluded that this service is too expensive because we can buy 200 liters of milk for 1 massage, which doesn’t make much sense.

For this kind of inference process,we need a stable component that does not change value at all, or at least for a very long time, which is the US dollar at the moment.

If we live in Europe, our brain will use the euro as a constant because it does not change its value as rashly as the dollar does. However, if we live in a country with high inflation where the currency is not constant, we start to use another currency as something stable so that we can measure the value of goods and services.

We can take Venezuela as an example where the locals have discarded their currency and use the US dollar as a unit of value.

As another example, we can take a trip abroad.

You have noticed that you always convert the price of goods into a known currency so that your brain can assess whether the price is practical or not (expensive or cheap).

From the above mentioned it can be concluded that to use some currency as money for daily payments and comparisons of value, that currency needs to be:

2.  A UNIT OF MEASUREMENT

No matter what currency we use, our brain imposes this rule on us and it must be obeyed when we want some currency to be used for everyday payments.

We come to the conclusion that the currency must be one and must have its geographical representation.

This again shows that only one cryptocurrency can be the money of the future at the global level or we can have more cryptocurrencies but one in each country. This doesn’t mean that other cryptocurrencies and currencies won’t have value, they just won’t be used as money for everyday payments.

Bitcoin, Ethereum and other cryptocurrencies handle many of the limitations and disadvantages of current currencies. They also bring us freedom and reduce the possibility of manipulation which is great, but still, they are not used as currencies, why?

We said that our brain needs “Stablecoin”.

Then how Bitcoin can become “Stablecoin”? We have around 21 million Bitcoins in circulation and that number is fixed which is good because it prevents manipulation and printing of money. The only way to make bitcoin stablecoin is to start using it in a specific geographic region or worldwide. Only then would its value, concerning other goods, establish itself and bitcoin would become a currency that is “Stablecoin”.

The “problem” is that the price of 1 bitcoin, in that case, would be in the billions of dollars and it would not be used as a currency until it reached its final price. Here we come to the fact that Bitcoin is not yet a currency but an investment for the future. (Store of value, HODL…)

There is another problem with currencies, which is related to commission per transaction.

Fees per transaction, no matter how low, are unacceptable to users. Here again, we come to our brain and psychology that does not want anyone or anything (blockchain) to take away our value while paying. The problem has been seen with payment cards of the present that did not start to be used massively until the commission per transaction was completely removed or drowned into the price of the product disabling our brains to recognize them. This means the currency of the future must also fulfill this condition.

Bitcoin solves this problem with the Bitcoin Lightning Network, which uses payment channels, so it is possible to create a system that does not pay fees per transaction but for example monthly, quarterly, which is acceptable for the end-user,seeing as we still pay this fee to banks today.When it comes to bitcoin, we are left waiting for the Lightning network to evolve and for the mass adoption/use of bitcoins. The Lightning network also solves the problem of transaction speed and the number of transactions per second.

Another competitor for “Stablecoin” and the currency of the future is Dai decentralized stablecoin. It’s the currency which regulates the number of coins in circulation by itself and its stability is related to today’s dollar. Dai token was created on the Ethereum network and it entails a commission-by-transaction problem. Dai stablecoin is being used more and more every day and would be used as money already if there were no commission per transaction as well as a limit on the number of transactions per second. Both of these problems should be addressed by enhancing the ethereum protocol itself, which should take place over a minimum of one year.

Ethereum is a platform, a global computer and Ethereum itself, as a cryptocurrency, will not become money for everyday payments, but that wasn’t its goal in the first place. Ethereum will have its value that may even exceed the price of bitcoin, but it will not be used for payments.

Because Ethereum is, as we said, a platform for making other currencies, financial derivatives, smart contracts and entire banking systems like DAI (Maker-Dao).

In the years to come, the Ethereum platform will only be upgraded to gain in bandwidth, capacity, and speed.

You have noticed that large corporations are entering the world of cryptocurrency by mentioning stablecoin (Facebook, JP Morgan, and others), which is no accident. They know the psychology of average people better than blockchain experts who are top mathematicians and visionaries, but these same experts ignore the need of the average user.

I can say that Vitalik Buterin was wrong when he said that the Stablecoins are not that important. They are paramount to the success of blockchain, because as an end-user, I want to know exactly how much something costs me, and for that I need a constant, which is Stablecoin.

The stability of today’s currencies is governed by the world economy and central banks that print or withdraw money from circulation and should thus make it stable. However, central banks often abuse this power given to them, so recessions and other problems often occur. The values of the currencies we use today have been quietly and slowly halved in the last 50 years, so they are not really a Stablecoin, but our brains haven’t noticed that yet.

When the economic crisis comes and our brains realize that today’s currencies are not stable, a race for the new “Stablecoin” will start.

“Show must go on”