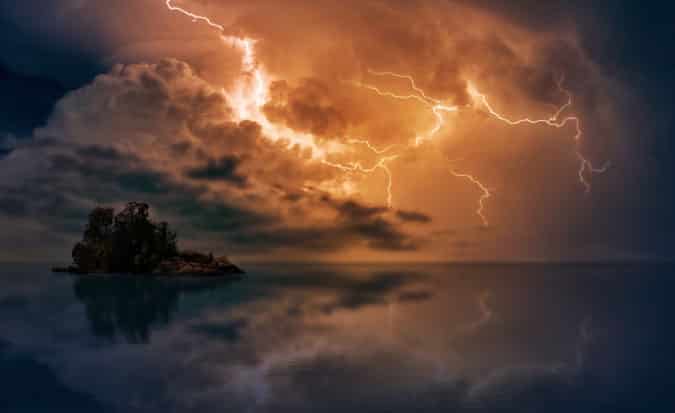 Bitcoin lightning network is a network that develops around a bitcoin blockchain.

Lightning is a network of transactions that run outside the blockchain.

The idea is that not all transactions must be credited immediately into the blockchain, especially those small ones.

Lightning Network is a network where bitcoin transactions are only signed between users and only later verified in the blockchain.

This way, hundreds or thousands of transactions can be collected and credited in one blockchain transaction, and the commission is paid only once.

As an example, we will put going to the restaurant where you open an account, eat and drink for a month, the waiter will need your signature on the bills and then pay your bill in one transaction at the end.

The commission can almost certainly lead to negligible value, which is very important for small amounts, and it depends on the number of transactions.

Transactions are instant, which means that there is no waiting for 10 minutes as when the transaction is performed directly into the blockchain.

This brings enormous progress to the bitcoin, as this way bitcoin becomes competitive with Visa and Mastercard in the speed of transactions.

It is impossible for the network to get congested because the number of users and nodes can grow indefinitely.

The Lightning Payment System is invoice-based. It means that if you pay someone through the Lightening Network, someone has to forward the invoice to you.

This invoice is unique and has a time limit for payment. Any invoice can be paid only once. This avoids random and double payment. And it is possible to monitor who paid the bill, is it paid and when so they can’t be mixed.

Perhaps this is confusing to you, but on direct blockchain transactions you need to program your entire payroll monitoring system, which is another advantage of the Lightning Network. Test our Lightning Photo Store and make sure how will the future of the payment look like.